Equipment for the lazy sells.  People love exercise fads. Do you remember:

I could go on forever but I’m sure you get the point.  All these pieces of equipment were probably advertised as only needing 3 mins a day and then they probably showed you a whole bunch of before and after photos that are obviously photoshopped, and the ones that weren’t, the people used diet and exercise but didn’t elaborate on it.

This equipment was created for those that want to feel better about their sedentary lifestyle by investing in a reclining lounge, on which they could indeed do 3 mins of abs, but is now a new clothes rack.  Exercise is not about lying, siting, reclining or being comfortable, and this is why all of this equipment doesn’t last.  I think the infomercials are the only good thing that came of these inventions.

Then there are the effective forms of exercise that have been marketed to those that love ”NEW” and that don’t realise that its just grandma’s old chair with a fresh coat of paint (silly!): 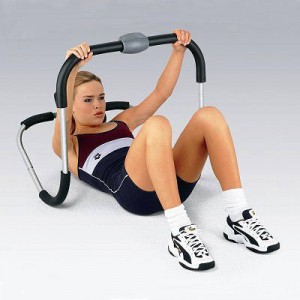 I appreciate the creativity used in the the marketing of these Workout DVDs. Suddenly dancing, pilates, yoga and high intensity interval training is breakthrough!! Hang on, this seems familiar, surely we have done these things before right?  Then why am I being led to believe I have been doing it (exercise) wrong until now?  Hmm.

And I am not about to say that they don’t work.  They do.  IF you follow their advice closely and train 1-2 hours a day, 6 times a week.  This is usually where it falls apart.  After the novelty wears off (2 days), most people realise working alone in their living room being yelled at by the guy on TV (Intensity/p90x) kinda sucks.  What happens if i just turn off the TV?  Oh, nothing. Cool.

It’s not really that complicated.  If you lack the motivation to train, find an activity you like and decide if you want to be alone or with other people when doing said activity.  Exercise doesn’t have to be done in a gym for a set period of time, nor should it be done at home if there is risk of doing it half arsed. Although in saying that, half arsed is better than not at all!  Just get up and move!

Or better yet, come and train with me!  Rothschildpark, Mainufer, Grüneburgpark!